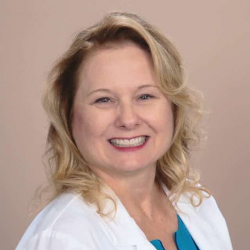 Dr. Kelly Dyson
A lifelong tinnitus sufferer, she empathizes with those experiencing sound sensitivity disorders. She performs diagnostic audiological testing, comprehensive tinnitus evaluations and tinnitus retraining therapy. A Board Certified audiologist, she holds a Doctor of Audiology Degree from A.T. Still University's Arizona School of Health Sciences, a Master's Degree in Audiology and a Bachelor's Degree in Communication Disorders from the University of North Texas.

With the start of the New Year comes the traditions of creating resolutions for a fresh start. What ever your resolutions for the new years is this year make it a priority to make sure your health is in order. Perhaps this holiday season you found your self asking your friends and family to repeat themselves more often than in the past? Perhaps people complained that you had the television volume turned up too loud?

This is not an uncommon experience that indicates you may be living with hearing loss. In fact, there are 48 million people throughout the U.S. suffering from hearing loss making it the third most common ongoing condition for people over 60. Of those people, only 20 percent who can benefit from the use of hearing aids actually are wearing them.

It turns out, living with untreated hearing loss can do more damage than originally thought and not only that – those who seek treatment see improvements in all aspects of their lives. Individuals who choose to treat their hearing loss with hearing aids are known to have better overall health, professional success and emotional well-being than those who don’t. The more research is done, the clearer it becomes that hearing loss is a condition you can not afford to put off or ignore. Hearing aids have proven to be the best treatment for hearing loss. It’s just amazing what these small machines can help you achieve.

Hearing loss can affect many aspects of life, and this becomes apparent in social contexts. Asking someone to repeat what he or she said twice or three times may be a recipe for feeling self-conscious. People with hearing loss that struggle to listen in noisy environments like parties and concerts may find themselves isolated despite being in a room filled with people.

A 2014 study by the National Institute of Deafness and Other Communication Disorders found that hearing-impaired individuals under the age of 70 were more likely to experience moderate to severe depression compared to people who did not experience hearing loss. There has been substantial evidence showing that hearing loss can also play a hand in dementia as well. A 2011 John Hopkins study shows that even a mild case of hearing loss can increase your risk of developing dementia later on.

A recent study found that for Americans 65 and older, hearing loss had a greater impact on life than cardiac disease, stroke, osteoporosis, sciatica, cancer, and many other common conditions. Individuals with untreated hearing loss are three times more likely to suffer physical injuries, specifically falls.

Don’t be another statistic when it comes to hearing loss and relationship problems. Statistics show that many people who need hearing aids don’t wear them. A recent study revealed that 35% of participants with hearing loss said that their relationship with their significant other suffered the most out of all relationships. As social situations become fun again, independence is restored and communication is meshing well, the result is often increased intimacy!

With so many benefits offered by hearing aids, how could you go another moment not knowing for sure if you have hearing loss? Use this New Year as a resolution to know for sure if you are living with hearing loss and make a change. Contact us at Suncoast Audiology to set up a hearing test in 2020!